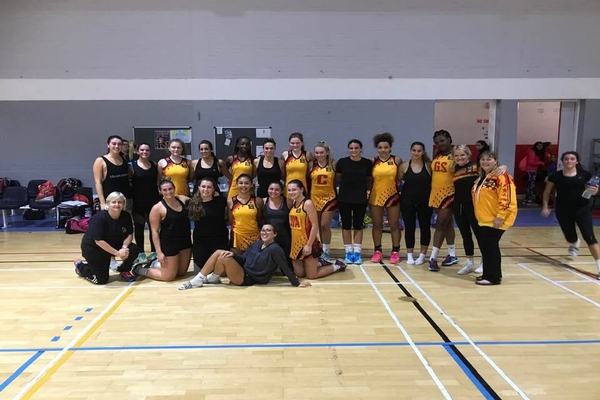 The magnificent 8 U17's Dons girls who took part in a 5 day netball tour in Puerto Banus Spain, and Gibraltar came home undefeated over 3 days of netball and  beat the Gibraltar National U17's squad 42-12 and then immediately took to the court in a back to back game versus their Senior and U21's squads and again delivered an amazing performance securing a win of 30- 28! These amazing girls, which consisted of  two U17's, five U16's and one U15 took to the court in style and delivered a slick cohesive and relentless performance over two hard games against Gibraltar.

MK Dons SET Spanish touring Squad Imani, Megan, Lucy, Jemilia, Emma, Moyo, Holly, and Karis are all or have been in superleague youth squads at Mavericks or Wasps and the coaches at Dons Julie Tucker and Tracy Gilloran who took the girls on tour were delighted with their performance, especially as five of their U16's regional squad Kez, Jada, Josie, Tayla and Tudy were unable to attend.