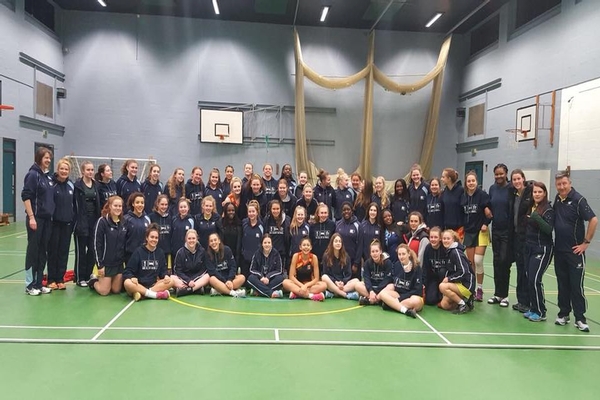 The 2017 newly formed Dons netball performance squads are promoting netball in Milton Keynes and are delivering strong performances with the U13, U14 and U16 squads ranked top 8 in the whole of the South region, with also the U14 & U16 squads currently in the running to get to National club finals.

Head coach Julie Tucker was delighted with the squads performance and expressed “playing strong overseas sides like Australia (world champions) only makes our girls stronger. There are currently 13 of the Dons and Netters club girls ranging between U13 & U16 all in super league franchise hubs showing the level of talent we have in our area.”

Dons has big plans for the sport with aspirations to become the performance hub for Netball for Milton Keynes and will be trialling for the new regional performance squads in April this year. Netters and MK Dons SET allow girls into the club from year 3&4 upwards. All abilities are welcome.

If you think you have what it takes to become part of the new and vibrant MK Dons SET or Netters team please contact Julie Tucker: 07718 380451