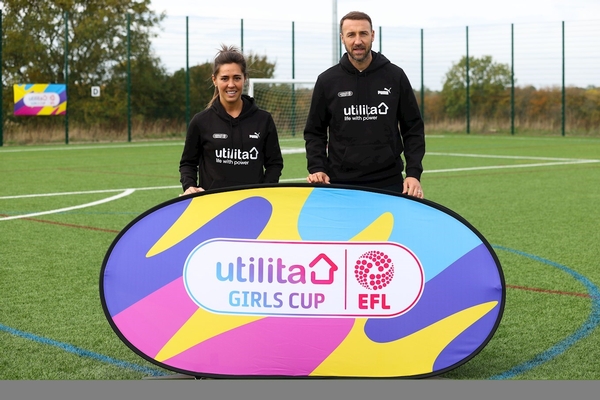 The finals of each competition take place at Wembley Stadium, giving players a once in a lifetime opportunity of playing on the hallowed turf.

The annual football tournament sees around 20,000 boys and girls take to the pitch to represent the 72 EFL Clubs across England and Wales, bolstering the existing ties between Clubs and their local communities.

Glenn Murray commented: “We had a great day being part of the launch of the Utilita Kids and Girls Cup. It’s brilliant to see so many children get the opportunity to play football and the chance to play at Wembley in the final will no doubt inspire them. It’s also a fantastic way for the 72 EFL Clubs to forge even stronger links with their local communities.”

Inspiring children to be active, healthy and develop a strong sense of teamwork, the Utilita Kids Cup and Girls Cups are six-a-side competitions offering schools the chance to earn the right to represent their local EFL Club on a regional basis, before culminating in four national finals which will take place prior to the Papa Johns Trophy, Sky Bet Championship, Sky Bet League One and Sky Bet League Two Play-Off Finals at the national stadium, Wembley.

Fara Williams added: “It was brilliant to see the incredible talent on show in Milton Keynes. This project truly acts as an inspiration to the next generation of footballers. With the summer we’ve had and the year that lies ahead, the one thing girls need is opportunity, and this competition is exactly that. We may well be looking at future Lionesses!”