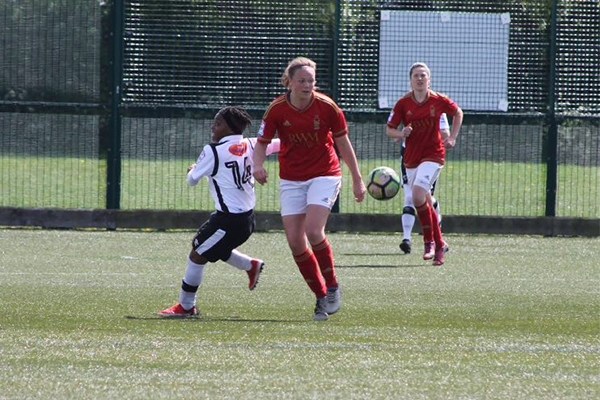 MK Dons Ladies welcome Alice Hughes to the club, as she joins the side from Nottingham Forest Ladies ahead of the 2017/18 campaign.

James Honeyman spoke of being impressed by the quality Hughes will add to the Dons’ midfield as he welcomed her to the club.

He said: “Alice is a quality player, who gives us calmness on the ball in the middle park and she has the ability to unlock a team with one pass.

“We have been impressed with Alice’s ability to dictate the tempo of the game and how high her football intelligence is.

“She is very athletic and can dominate her match-ups when out of possession.”

Hughes is personally relishing a move back home and is excited at the prospect of playing for MK Dons Ladies.

She said: “I’m really excited to be moving home and playing for MK Dons after finishing my degree at Loughborough University.

“I can’t wait for the season to begin and to start playing regularly, I’m enjoying getting to know the girls and the environment is really welcoming.”

The Dons are hoping Hughes addition to the side, which only just missed out on promotion last season, will help them go one better this season.

Hughes believes she brings “height and a physical presence to the squad” along with the “experience from playing in different leagues” which could prove vital in the Dons’ battle for promotion. Hughes also believes her “composure as well as a sense of humour” will be beneficial to the side this season.

On a personal note, Hughes is aiming to play “regular football, along with being able to create and score goals and finally be a help to the side’s push for promotion.”

Hughes is the Dons’ third signing of the summer, and Honeyman spoke of whether there will be anyone else joining his side before the start of the season later this month.

He said: “We are very happy with the squad that we will be starting the season with, having signed our top three targets on our wish list.

“That being said, we are always looking to improve and if the right player became available, we would potentially look to add to our already very talented squad.”