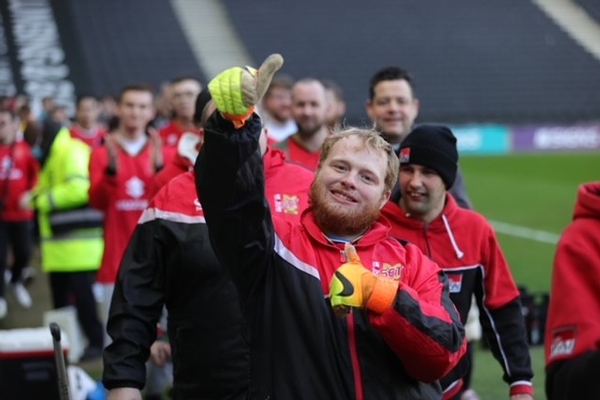 On Saturday MK Dons and Wigan Athletic went head-to-head in a cagey third versus second clash at Stadium MK, which ended in a 1-1 draw. However, the action wasn’t restricted to the pitch.

All week, the Club supported Level Playing Field’s Weeks of Action, celebrating inclusion at the Club and Stadium MK. Weeks of Action kicked off on Wednesday 9th March with a virtual Disabled Fans Forum, where several fans looked to discuss and address any issues, they currently face in their Stadium MK matchday experience. The attendees also had the chance to have a quick Q&A with Head Coach, Liam Manning.

On Thursday 10th March, Stadium MK hosted Let’s Get Together. An initiative aimed getting people out and having a good old chit chat and improving mental wellbeing. Around 50 people, with disabilities and without, came together on a lap around the Stadium MK concourse talking all things football and beyond, before heading up to Lewington’s bar for a drink and a snack.

Saturday 12th March was MK Dons annual Ability Counts Day which began in the morning away from Stadium MK. MK Dons Sport and Education Trust hosted an Inclusion football tournament at Woughton on the Green with invited guests from Southampton, Brackley, MK Buzzards, Maclyntrye, and Bure Park. A total of 103 adults and 180 youth players took part in the tournament before heading to Stadium MK to watch the Sky Bet League One tie.

The players made their way across Milton Keynes to Stadium MK for some Pre-Match fun in the Young Dons Zone for face painting courtesy of Volunteers from Title Sponsor Suzuki. As well as Pitchside in the MKFM Pre-Match Show, where three MK Dons SET Inclusion Players came for a chat with hosts Darren & Lia. They were even able to take home their own exclusive Ability Counts Day Match Programme.

The Club’s final activity of the week saw a near 300 inclusion football players take a lap of honour around the Stadium MK pitch at half time. Being cheered on by more than 11,000 MK Dons fans on their way around the pitch, again supported by volunteers from MK Dons SET and MK Dons Title Sponsors Suzuki.

It was a great week for inclusion at Stadium MK, which ended in a fantastic Ability Counts Day. 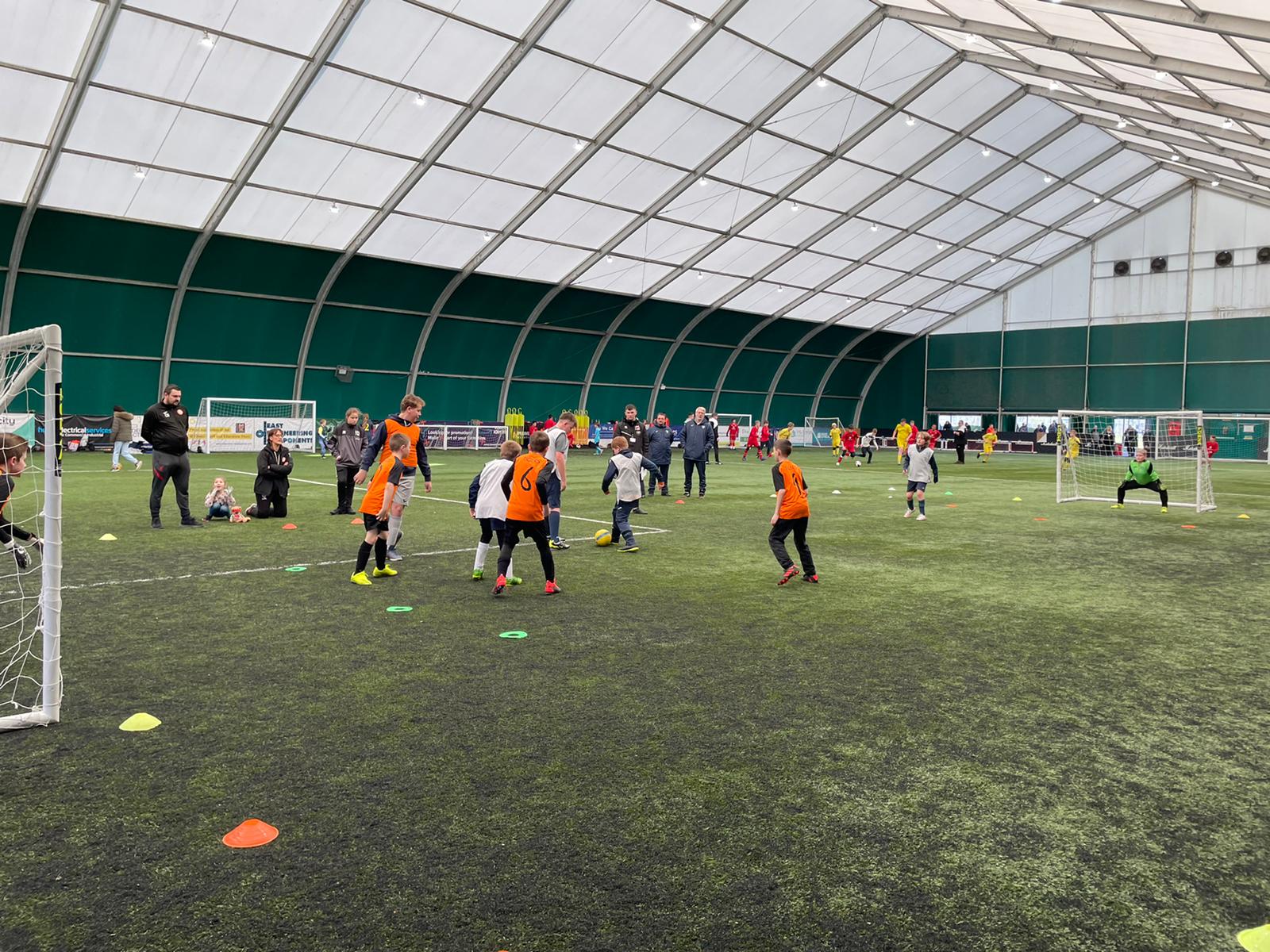