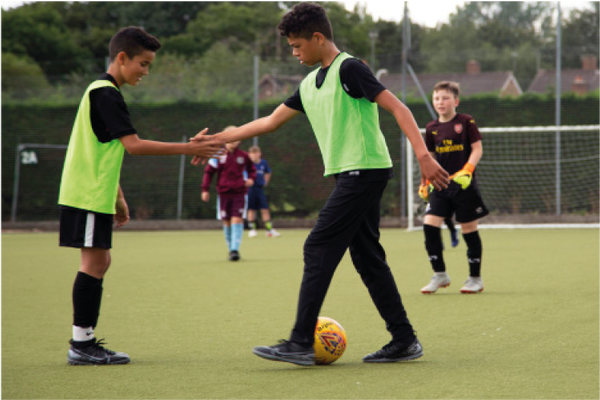 Player Development Centre (PDC) sits a level below our advanced centre and is suitable for children in Year 2 - Year 9. The course will focus on providing an additional football education to grassroots players in Milton Keynes and the surrounding areas.

The PDC has seen some recent success with a number of players progressing through the talent centre with MK Dons SET. PDC is strongly linked to the advanced centre and the MK Dons Academy and players have been able to develop in a stepping stone to advanced centres, like the success stories below.

Nieve has been playing football in Player Development Centre (PDC) sessions but has since progressed into the MK Dons SET Regional Talent Centre.

Nieve joined at the start of the PDC season and straight away looked comfortable in the group. She trained with the group for the whole season which included 3 fixture opportunities against other clubs. Nieve is confident enough to make the jump to progress into the MK Dons SET RTC.

‘It’s good to play with the boys to get used to how physical the game can be, the coaches are supportive, and I really like the good honest feedback during the matches. I am excited to start the new season with my new teammates in the RTC.’ Nieve

‘The PDC gave Nieve the experience of a playing in a mixed setting, she had the opportunity to represent MK Dons around the country to use the new skills learned in the sessions in a match situation.’ Nieve’s Parent

"I remember Djoulde's first PDC training session he was so happy and wanted to come back he liked the environment and all the coaches were nice and supportive".
-Parent.

"Djoulde joined our PDC course as a U7 and trained with the group for over a Year. Once we felt that he was ready to progress up our player pyramid he was offered that opportunity and has now signed for our Academy!"