RAP AND SPOKEN WORD COMPETITION LAUNCHED AS PART OF MILTON KEYNES’ MONTH OF ACTION AGAINST VIOLENCE.

Rap and spoken word competition launched as part of Milton Keynes’ Month of Action Against Violence. 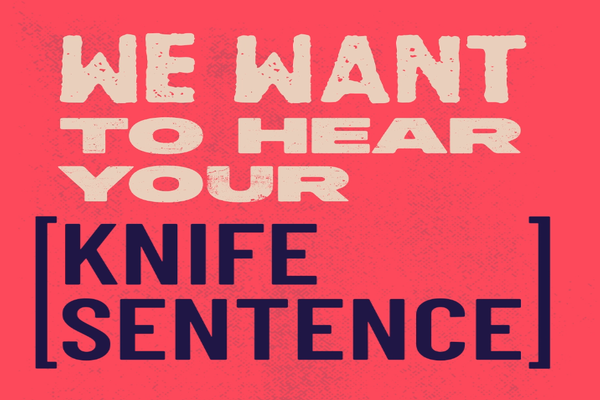 This December, the city of Milton Keynes comes togteher for a month of action against violent crime. The month of action against violence is a partnership initiative between the Police and Crime Commissioner, Thames Valley Police, Milton Keynes City Council, MK Dons SET and the Safety Centre. It will take place in December and aims to bring together schools and parents, voluntary sector organisations, places of worship, community groups, local venues and businesses to work alongside statutory partners for Milton Keynes to take a stand together against violence in all forms.

To mark the month of action, Milton Keynes will host the national monument against violence and aggression, outside Stadium MK. Also known as the ‘Knife Angel’, the monument is a 27ft sculpture, made from approximately 100,000 bladed weapons collected in knife amnesty bins during police operations across the country. Created by the British Ironwork Centre, the monument travels to locations around the UK to educate children, young people and adults about the harmful effects that violent behaviour has on communities.

The month of action will see the introduction of a rap and spoken word competition, 'The Knife Sentance', with the aim to raise awareness of the impact of knife crime on individuals and communities and give young people the opportunity to express their feelings against violence.

The competition invites anyone aged 11 – 25 to submit their own Knife Sentence; a short rap, spoken word performance or written lyrics about how they feel about knife crime and violence in Milton Keynes.  It forms part of the activity that is taking place during December’s Month of Action Against Violence, which will also see the hosting of the National Monument Against Violence and Aggression, also known as the Knife Angel, outside MK Stadium.

Police and Crime Commissioner, Matthew Barber, said: “The competition is about engaging young people on the issue of knife crime; how they feel about it and how it affects them.

“Violence, and in particular knife crime, is a real concern amongst communities in Milton Keynes.  The purpose of the Month of Action and the presence of the Knife Angel is to bring statutory organisations and the community together to open up discussions about how we can work together to tackle it.

“Some young people may find it a difficult subject to talk about.  I hope the competition provides a way for young people to open up and get involved in the conversation.”

Entries will be judged across three age group categories by Thames Valley music group Readipop who are supporting the competition.

Winners could be heard on Spotify, win a MK Dons match day experience as well as a chance to record their own music at a session with Readipop.

Full competition details, including three different downloadable beats to be used as backing tracks for entries, can be found on the website competition page.