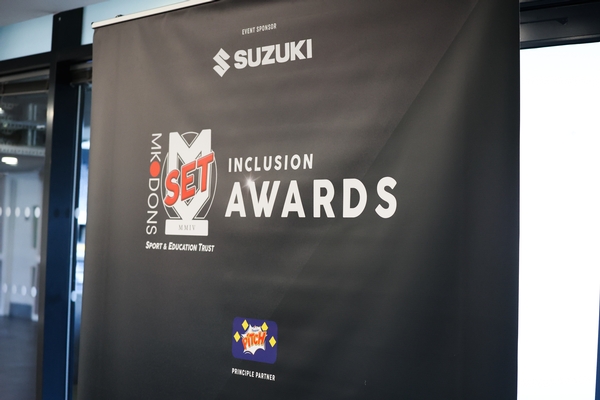 MK Dons Sport and Education Trust held their annual Inclusion Awards at Stadium MK, with over 400 in attendance to celebrate the work of the SET and its participants.

The Club and MK Dons Sport and Education Trust would like to place on record its thanks to Event Sponsors, Suzuki GB and Principal Partner, Brioche Pasquier UK, for their continued support, which is greatly appreciated.