UNDER 16 SELECTED FOR ENGLAND!

Under 16 selected for England! 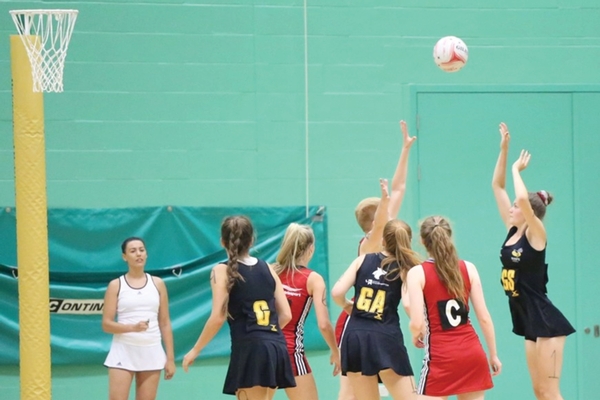 We our extremely proud of Megan Thorne who has been selected by England. See below why Megan got into Netball.

My earliest recollection of netball was being dragged along to watch my mum and aunt play.

As I grew up, I was becoming more and more interested in her netball and wanted to play myself.

I started training at my first club at the age of 11, and then moved onto my second alongside my cousin to have access to match play.

As my enjoyment grew, I joined a more competitive club to advance my play and learn as much as I could.

I was 13 when I was selected for my first regional team; I worked really hard to get the yes after starting with a no in response to a county trail.

I moved up from my U14 team after a year, to the U16 team where I am now playing my second season in this age group.

Since watching netball, I have idolised England internationals – Jo Harten and Helen Housby along with New Zealand’s Maria Falou and Baily Mes. I have watched them hoping to be as good, if not better than these outstanding athletes.

I play for MK Dons and Wasps, and after the recent NPFL tournament, I achieved more than I could have hoped for, by being selected for the England Roses summer camp.

The camp was an experience that I can’t match and taught me a lot. I was both shocked and overwhelmed   when I was selected for the U17 Roses Academy.

I am so pleased to have earned this chance, a step at the start of the English netball pathway.

My aspirations are ultimately to wear the red dress for the senior English Roses team, in result of hard work that I have already started and will continue.

I’ve got where I am today, due to hard work and determination. I refuse to give in and want to play to my highest potential and enjoy every moment of my netball, wherever it leads me.

See below a selcotion of images of Megan palying for Wasps.